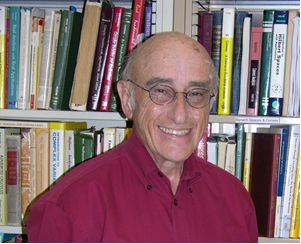 It is with great regret that the Mathematics Department must note the passing, at age 84, of our colleague Professor Emeritus and Distinguished Research Professor Edward Effros on December 21, 2019.

Below is a tribute written by his colleagues and friends Sorin Popa and Dima Shlyakhtenko:

Edward Effros (Dec. 10, 1935 – Dec. 21, 2019) was a professor at the UCLA Department of Mathematics and a world renowned mathematician. He is known for his pioneering work in functional analysis with his research touching many mathematical subjects, including C*-algebra theory and operator algebras, descriptive set theory, Banach space theory, and quantum information.

Effros is perhaps most famous for his work on what he called a “quantized” theory of Banach spaces. In that he was very much influenced by Takesaki’s discoveries and the subsequent meteoric career of Alain Connes. Quantized versions of algebraic topology and probability theory would soon appear. But for Effros, the most influential person was perhaps Arveson, who took the first step in the quantization of functional analysis.

Just as any Banach space can be realized as a linear space of bounded functions (a “concrete Banach space”), one can define a quantized Banach space to be a linear space of norm bounded Hilbert space operators. For this purpose one must consider the norms of matrices over the space. This is due to the fact a matrix of operators has a natural norm which cannot be calculated from the norms of its matrix entries. The appropriate morphisms in this theory are the linear mappings that are completely bounded, i.e., they induce uniformly bounded mappings on the matrix spaces. Arveson was perhaps the first to recognize the importance of these notions. In his study of non-commutative function algebras, he succeeded in proving the non-commutative analogue of the Hahn-Banach theorem.

As is well-known, there is a more elementary ordered version of the Hahn-Banach theorem which is concerned with positive lineafr mappings of ordered Banach spaces. There is a corresponding theory of compltely positive mappings, in which one recognizes the ordeing on matrices of operators. Effros and Choi characterized the operator systems (the quantized versions of Kadison’s function spaces, the “duals” of compact convex sets). This framework was essential to Effros’s groundbreaking work with Lance and Choi on the classification of C*-algebras. In particular, they proved that nuclearity is equivalent to matrix approximability, and they introduced the von Neumann analogue of semidiscreteness. As acknowledged by Connes, the latter provided an important key to his characterization of the injective von Neumann algebras. This was followed by the proof of the completely positive lifting theorem for nuclear C*-algebras, an essential ingredient of Kasparov-Voiculescu’s KK theory.

The category of operator systems is the appropriate context for studying matrix convexity. In particular, Effros and his student Winkler proved an operator analogue of the Hahn-Banach Separation Theorem. This played a key role in the Helton-McCullough theory of free semi-algebraic sets. Paulsen and his collaborators have recently turned to the category of operator systems, in which they study such notions as quotients and dual spaces.

Although Arveson proved the “first theorem of quantized Banach space theory,” he did not conplete the theory. What was missing was the analogue of axiomatizing Banach spaces as abstract vector spaces with norms. One need only realize how awkward it would be if one only handled concrete Banach spaces. Thus it is not obvious the dual of C(X) can be thought of as a subspace of C(Y) for some space Y, where it is immediate that it is an absract Banach space.

Effros assigned his student Zhong-Jin Ruan the task of axiomatizing such matrix normed spaces. The relevant morphisms are linear mappings which induce uniformly (“completely bounded”) mappings of these matrix spaces. This characterization result is essential to proving that the dual and various tensor products of operator spaces are operator spaces. The related completely positive mappings determine the channels in quantum information theory.

A wide range of mathematicians, including Pisier, Haagerup, Ruan, and Junge, has taken up operator space theory. It would seem that virtually all of Banach space theory is amenable to quantization. In particular, Effros and Ruan have shown that Grothendieck’s tensor product program has quantum analogues for studying mapping spaces. The classical and quantum versions of the Grothendieck inequality are equivalent to various forms of Bell’s famous inequality in entanglement theory (see the work of Tsirelson). Specialists in quantum information theory now maintain that operator spaces provide an essential tool in their discipline. The Effros-Ruan book Operator Spaces is regarded as the fundamental text in this subject. Since then other major monographs have appeared, including several by Pisier, and a major work by Brown and Ozawa. In this context, Effros’s work with Haagerup, Ruan, and Junge on local reflexivity has proved to be particularly important.

Effros’s last work concentrated on Quantum Information theory. One of his notable achievements was a greatly simplified proof of several of Lieb’s famous inqualities related to this subject.

Using population-level mobility models, UCLA mathematics professor Mason Porter and his collaborators investigated customer mobility flow between supermarket zones. Previously, similar types of models have been used on much larger spatial scales, such as intracity and intercountry scales. This case study of human mobility on small spatial scales gives insight both into how customers move in supermarkets and into how retailers can arrange stores to reduce congestion. The paper was published in Physical Review E [Phys. Rev. E 100, 062304] on December 9, 2019. 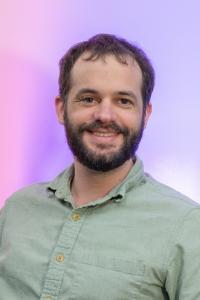 UCLA mathematics alumnus and professor of mathematics (University of Maryland) Jacob Bedrossian has been selected to receive the first Peter Lax Award for his achievements in mathematical theory of fluid dynamics. Jacob received his PhD from the UCLA Department of Mathematics in 2011, under the supervision of Joseph Teran. In honor of Lax’s seminal contributions to the modern theory and computation of hyperoblic conservation laws, the Peter Lax Award will be awarded to a young researcher (10 years within the PhD) at the International Conference on Hyperbolic Problems: Theory, Numerics, Applications (HYP) held every two years.

Established in 1986, the HYP conference brings together scientists with interests in the areas of theoretical, applied, and computational aspects of hyperbolic partial differential equations and related mathematical models. The HYP 2020 Conference will be held in Málaga (Spain) in June 22-26, 2020, where Bedrossian will be delivering a distinguished plenary lecture. 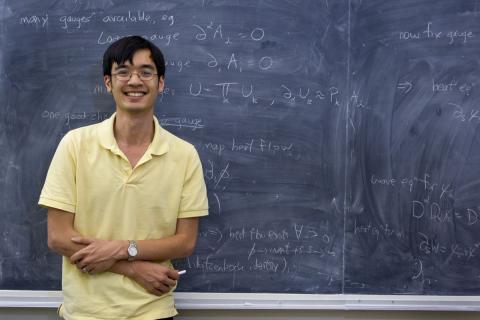 The Radcliffe Institute for Advanced Study at Harvard University reports a 3.7% acceptance rate for its highly competitive Radcliffe’s Fellowship Program. UCLA statistics, electrical and computer engineering, computer science, and mathematics assistant professor Alyson Fletcher was selected as the Helen Putnam Fellow for the 2019-2020 class. With more than 50 men and women, the incoming class fellows include scholars, scientists, and artists from 10 countries who seek to address contemporary social and economic issues.

Fletcher’s work at the Radcliffe Institute will focus on understanding the brain through the mathematics of complex networks. Specifically, she is looking at how sensory data is encoded in the neural cortex. Fletcher along with leading experimental and systems neuroscientists and experts in machine learning, are investigating the fundamental structure and dynamics of cortical regions at multiple scales.