It is with great sadness to announce the passing of Emeritus Professor Thomas M. Liggett last Tuesday, May 12, 2020.

After receiving his PhD from Stanford University in 1969, Tom began a long and distinguished career at UCLA. He became a full professor in the mathematics department in 1976, and served as Department Chair from 1991 to 1994.

Specializing in probability theory, Tom made numerous contributions to the field and is best known for his pioneering work on interacting particle systems, including the contact process, the voter model, and the exclusion process. His two books in this field have been influential.

Tom was an invited ICM speaker in 1986, and became member of  the National Academy of Sciences in 2008 and of the American Academy of Arts and Sciences in 2012. He retired in 2011, but was still active in the department until recently.

Tom is survived by his wife Christina, his two children Tim and Amy, and their families.

Los Angeles Math Circle (LAMC) is a popular weekly free enrichment program for K-12 students hosted by the UCLA Math Department and attracting children from the greater Los Angeles area and nearby counties. The program currently attracts nearly 300 students in all grade levels and is taught by about 30 instructors, who are graduate and undergraduate UCLA student, UCLA faculty, as well as school teachers. The program fills a critical need by providing gifted students a challenging and inclusive environment and showcasing beautiful mathematics not commonly taught in schools.

The COVID-19 epidemic and the resulting societal disruptions have greatly affected the lives of many schoolchildren. LAMC has risen to the occasion by switching to virtual instruction. The LAMC instructional team worked hard on all fronts, from ensuring that technology functions smoothly, to adjusting the curriculum for online use, to keeping the atmosphere of the meetings as close as possible to that of live events. Currently, 12 main groups and 3 additional groups are meeting on a weekly basis. The program is planning an on-line summer session, which will admit a new cohort of students. Many families have reported positive feedback from many families who appreciate the for LAMC’s initiative to continuing learning and provide social context for mathematically talented students.

This year, sixteen 12th graders are graduating from the Los Angeles Math Circle. They will pursue math, engineering, computer science and other majors at Harvard, Yale, MIT, U Chicago, UCLA, among others. Many of these students studied at LAMC since elementary school, taking active part in weekly meetings and contests. Some of them also organized their own math circle satellite programs. 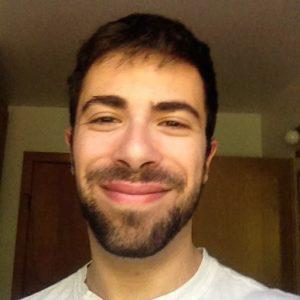 Dr. Matthew Jacobs is a recipient of the 2019 Institute for Digital Research and Education (IDRE) Postdoctoral Fellowship. For the last two years, he has been a postdoc in the UCLA math department and his postdoc mentors are Stan Osher and Andrea Bertozzi. Matthew’s broad area of research is the calculus of variations, which studies minimization problems over spaces of functions.

IDRE scholars were selected based on their proposals’ merit featuring “innovative and computationally based solutions to research problems with a potentially broad impact to the campus.” The fellowships will provide partial support for research conducted in 2019-20 and related to the IDRE programs.

UCLA mathematics professor Deanna Needell will be the first holder of the Dunn Family Chair for Data Theory for a five-year period starting on July 1, 2020. The chair is endowed with $2 million, initially supported by alumnus and entrepreneur Kirk Dunn and his family.  The other half was supported by the matching funds program of the Physical Sciences division. The establishment of the Dunn Chair is part of a larger initiative of the Departments of Mathematics and of Statistics to promote Data Science and, in particular, theoretical aspects of this emerging field (Data Theory) on the UCLA campus.

Says Deanna, “I am excited to take part in the creation of this new data theory initiative at UCLA, which will provide a deep training in the critical underlying mathematical tools inherent to data science. This will allow UCLA to be at the forefront in foundational data theory, complementing our strong applied strengths.” The funds will be used for training and recruitment activities for participants in this area, with an emphasis on diversity and inclusion.