Professor Wilfrid Gangbo and Professor Emeritus Haruzo Hida have been elected as Class of 2022 members of the American Academy of Arts and Sciences. This year, the American Academy elected 261 outstanding individuals who align with the tradition of recognizing leadership in academia, the arts, industry, public policy, and research.

David Oxtoby, President of the American Academy, said, “We are celebrating a depth of achievements in a breadth of areas. These individuals excel in ways that excite us and inspire us at a time when recognizing excellence, commending expertise, and working toward the common good is absolutely essential to realizing a better future.”

It is with great sadness that we announce the passing of our colleague Professor Emeritus Robert Brown on Friday, April 8, 2022.

Bob joined the UCLA Mathematics Department in 1963 as an assistant professor immediately after receiving his PhD from the University of Wisconsin. He became a full professor in the department in 1973, and served as the Undergraduate Vice Chair, from 1975-1978 and again from 2011 to 2013. He continued teaching until his retirement in 2020.

In 1971, Bob was appointed the UCLA representative of Pacific Journal of Mathematics Board. During his fifty-one years on the Board of Governors for the Journal, he served as Secretary from 1992 to 2008 before taking on the role of President from 2009 to 2022. 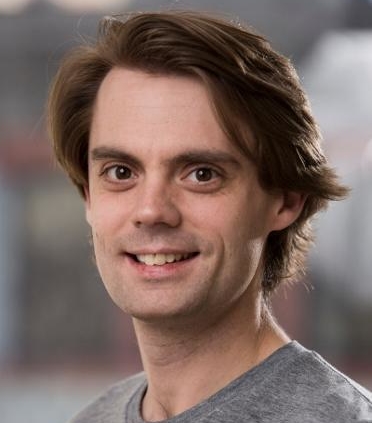 “The Ostrowski Prize for 2021 is awarded to Tim Austin for his outstanding work in a remarkably broad array of fields, including probability theory, ergodic theory and dynamics, combinatorics, operator algebras, group cohomology, and metric geometry. He made several breakthroughs, solving old standing problems, while at the same time making deep theory-building contributions.

The main justification for this award is Tim Austin’s recent groundbreaking solution of the weak Pinsker conjecture in ergodic theory. Ever since the 1970s, when this conjecture was formulated by Thouvenot, it has been recognized as the most important open problem in Bernoulli isomorphism theory. Austin’s result, solving the problem in the affirmative, states that an arbitrary ergodic measure preserving transformation decomposes as a direct product of a Bernoulli shift and a low-entropy transformation.”

The Ostrowski Foundation was created by Alexander M. Ostrowski, professor at the University of Basel from 1928 until his retirement in 1958. Since 1989, the foundation has awarded a prize every other year to a mathematician with recent outstanding achievements in pure mathematics and in the foundations of numerical mathematics.