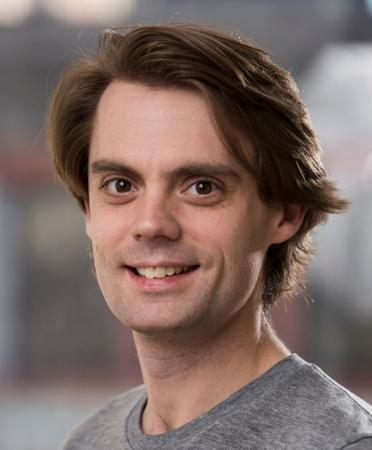 UCLA mathematics professor Tim Austin has published a proof of the “weak Pinsker conjecture,” first posed in the 1970s. Austin’s work provides the building blocks for a better understanding of the mathematical descriptions of random change. In a recent article, Quanta magazine praised Austin’s research, highlighting its importance in the field. Below, Austin gives a detailed explanation of the theorem:

A `stationary stochastic process’ is a mathematical model of a sequence of changing outcomes that are individually random, but with probabilities governed by an underlying law which does not change with time.  Such models are ubiquitous in probability theory, and also arise naturally in many other parts of math.  In large part, `ergodic theory’ studies the broad, long-run features that different stationary processes can exhibit.

One key quantity of interest is the `entropy’ of a stationary stochastic process, which quantifies how `unpredictable’ it is.  If the entropy is zero, this means that the past of the process determines its future completely — then the process is called `deterministic’.  If the entropy is positive, then this quantifies how much `fresh randomness’ the process exhibits per unit time, on the average over a long period. The simplest example of positive entropy is an `independent process’, in which the state of the process is newly random at each time-step, with no influence from the past at all: imagine new tosses of a coin that are not influenced by the outcomes of any previous tosses.

An old conjecture of Pinsker (1960) asks whether, through a suitable `encoding’, any stationary process can be separated into a two components, running independently of each other, one deterministic and the other independent (`purely random’).  (Technicality: the processes must be assumed `ergodic’, else one needs to re-phrase the conjecture slightly.)  Ornstein showed in 1973 that this is false.  Then, in 1977, Thouvenot proposed a weaker conjecture: the same as Pinsker’s, except allowing a process with arbitrarily small positive entropy in place of the strictly deterministic component.  The new result is that this `weak Pinsker property’ does, indeed, hold for all ergodic stationary processes.